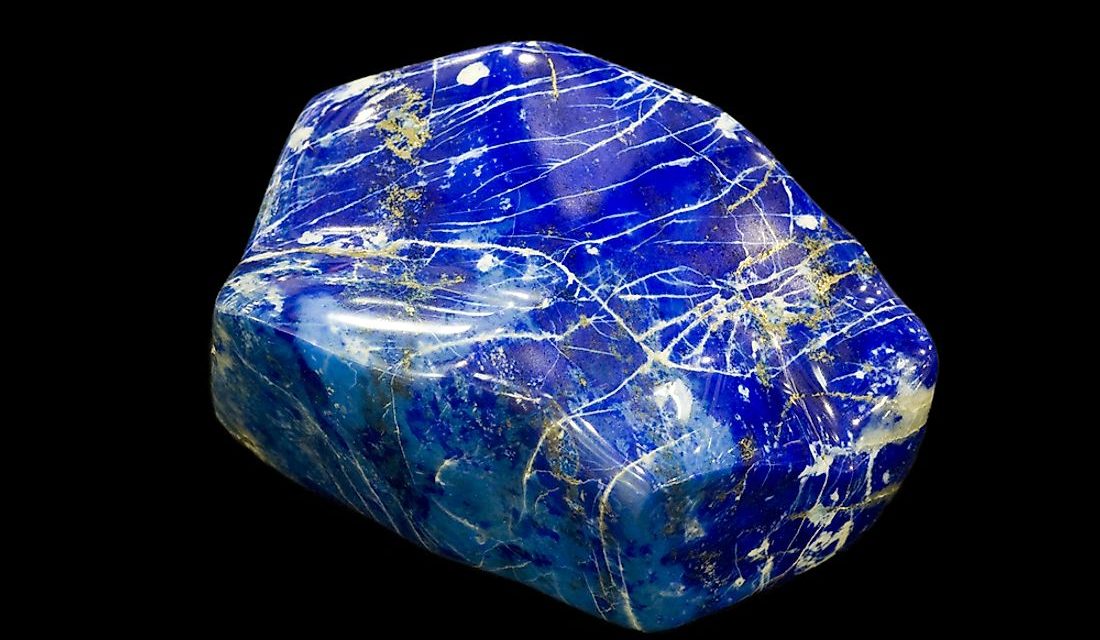 A piece of heaven on Earth, a stone with such hypnotic beauty that it has left everyone an admirer and yearning for more, Lapis Lazuli is perhaps a stone so popular that it has been recorded through most of human history. Dating back to antiquity, Lapis Lazuli, more than a stone, is an enigma, which has left even the most sophisticated of royalties and aristocrats at awe and is termed by ancient Roman author, Pliny the Elder, as “opaque and sprinkled with specks of gold”.

Its uses range from being used as stones to be embedded in jewelry to using in oeuvre d’art to crushing it to turn it into a dazzling ultramarine pigment to be used in paintings. 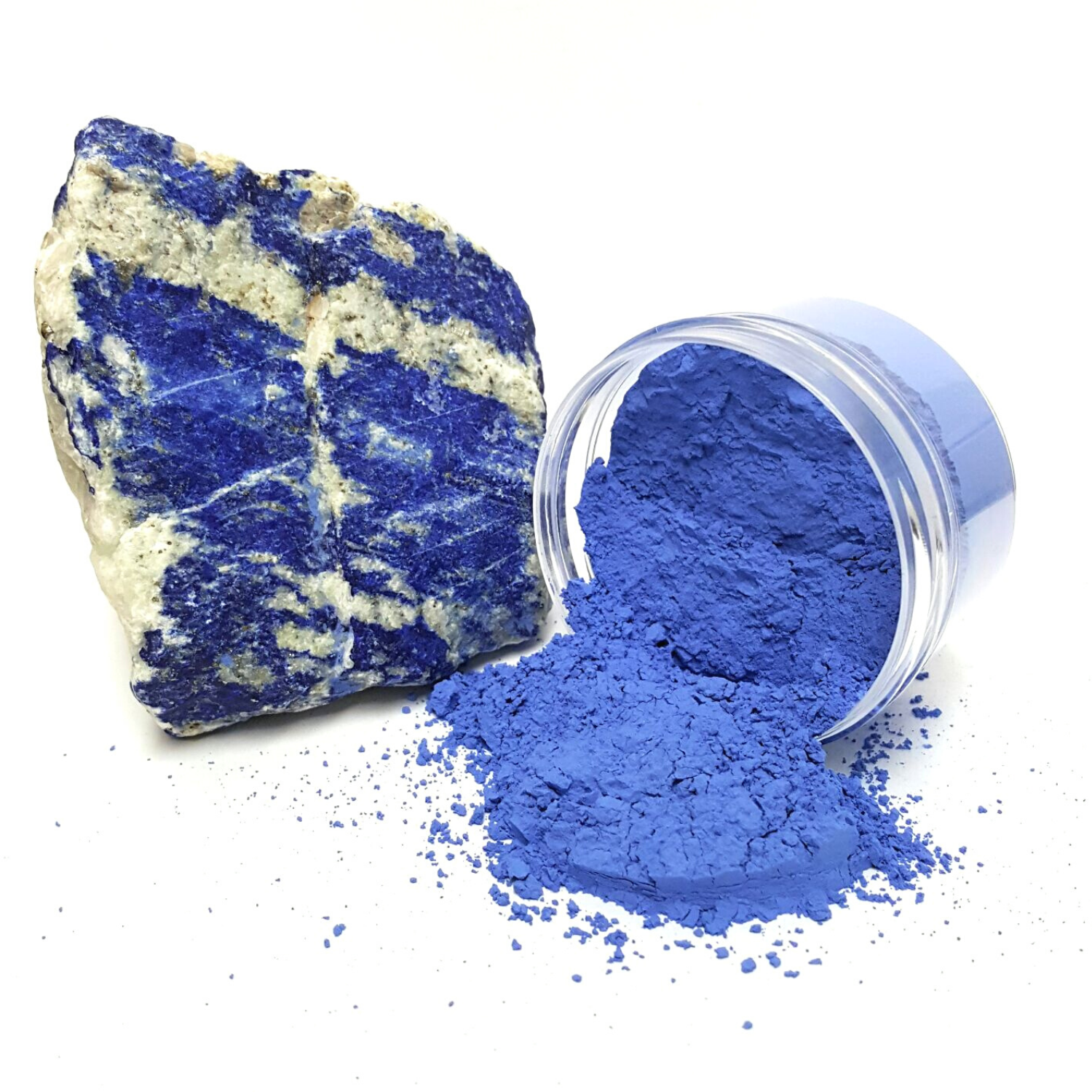 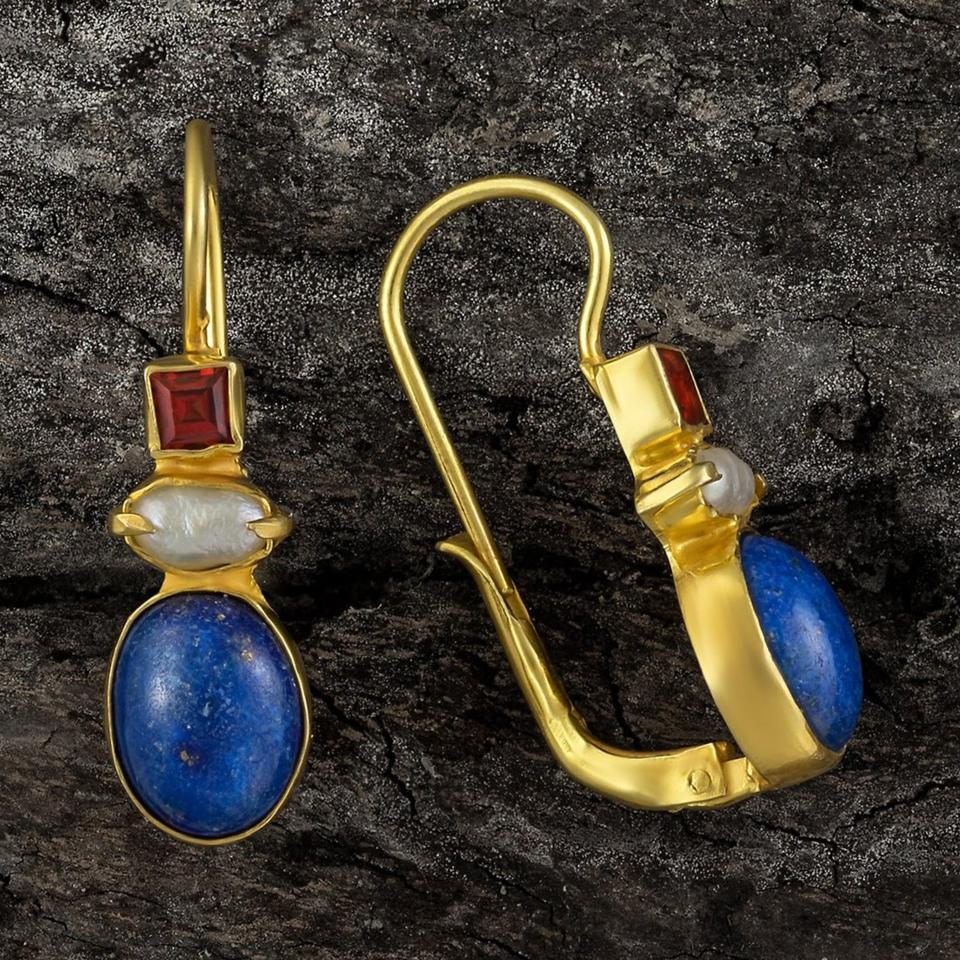 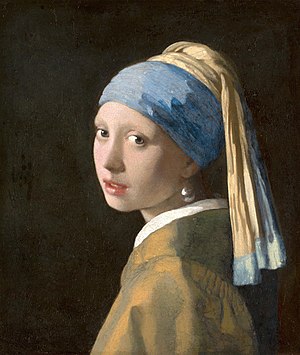 If some accounts are to be held as true, more than a few Renaissance artists have driven themselves to eventual bankruptcy in the quest of Lapis Lazuli and the said pigment, such was its allure.

Lapis derives from the Latin word Lapis which translates to “stone”, on the other hand, Lazuli is the genitive form of the Medieval Latin word lazulum, which is taken from the Arabic لازورد lāzaward, itself from the Persian لاجورد lājevard. In the above-mentioned tongues, Lazuli may be interpreted as the “sky” or “heaven”.

Thereby, when combined together, Lapis Lazuli roughly translates to “sky stone” or “heaven stone”, and truth be told, neither of the names do justice to the actual beauty and exquisiteness of the Lapis Lazuli.

Lapis Lazuli is a metamorphic semi-precious stone of varying composition. Lapis lazuli forms near igneous intrusions where limestone or marble has been altered by contact metamorphism or hydrothermal metamorphism. In these rocks, lazurite replaces portions of the host rock and often preferentially develops within certain bands or layers. It is said to have been initially mined as far back as the 7th Millennium BCE at the Sar-e-Sang Valley of the Badakhshan Mountains in northeastern Afghanistan. To date, the Badakhshan and other northeastern provinces are the largest sources of Lapis Lazuli. 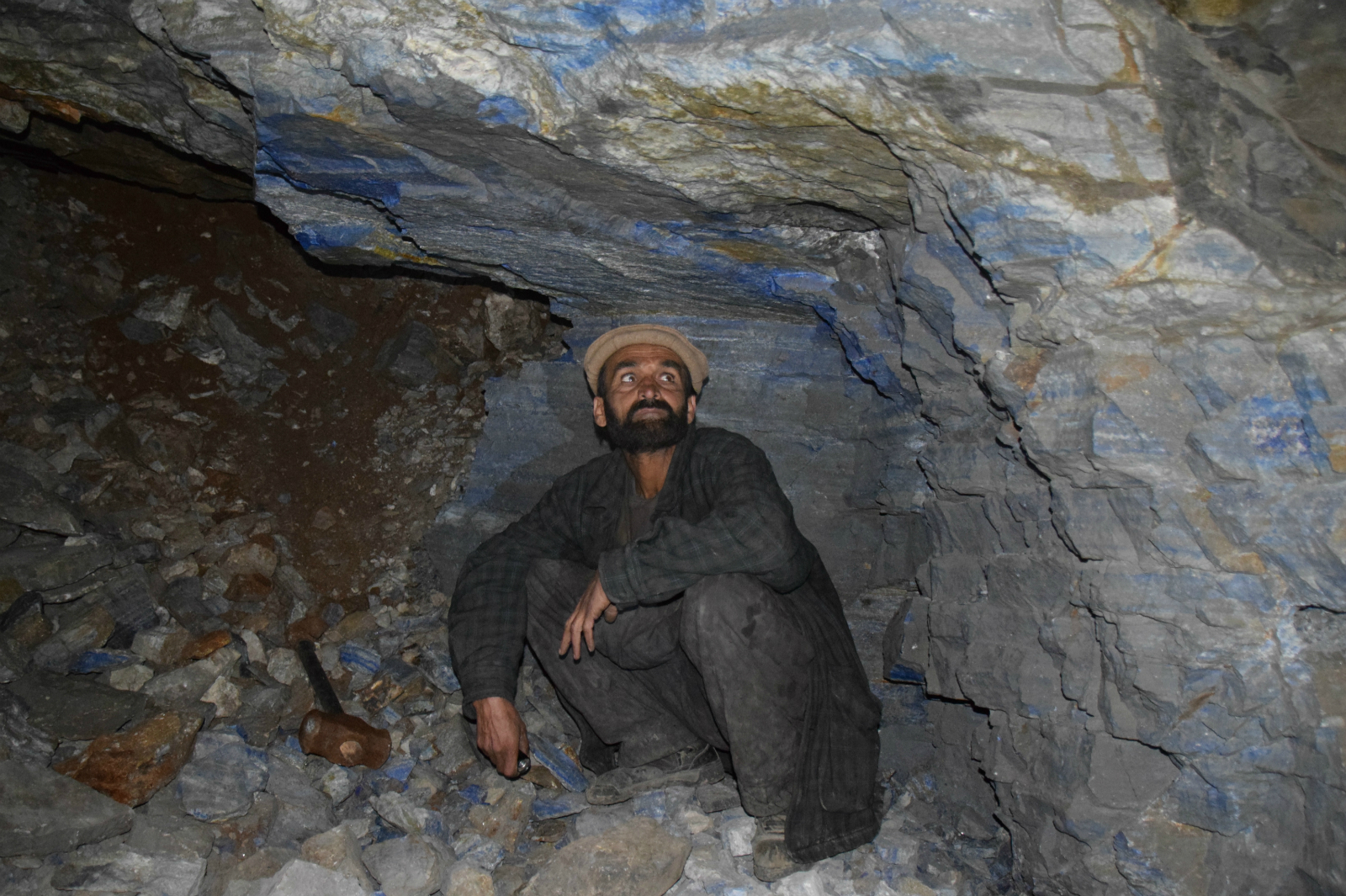 A mine in Afghanistan where Lapis Lazuli is extracted from.

Lapis Lazuli instantly earned a name for itself due to its luxurious blend of colors and uses in jewelry and painting. Ancient Egyptian and Mesopotamian civilizations, as well as the later Greeks and Romans, did not take much time to grow immensely fond of the “heaven stone”.

During the Indus Valley Civilization, approximately 2000 BCE, the Harappan colony, now known as Shortugai, was established near the Lapis mines.

Marco Polo, whilst on his travels is said to have described the Badakhshan Mountain as a region of abundance where the finest azure in the world can be found. He further added that “it appears in veins like silver streaks”.

In India, the stone was called ‘Rajwart’ in Sanskrit. It was important in Astrology and Ayurveda, and was used to make surma as well as remedies to cure tuberculosis, jaundice and improve digestion. It was in great demand in India, from Rajasthan to the Gangetic plains. It was around the 5th century CE that the pigment derived from Lapis lazuli was used in the paintings of the Ajanta Caves in Western India. Due to flourishing trade, this pigment was also used in paintings in the Bamiyan Caves in Afghanistan in the 7th century CE. 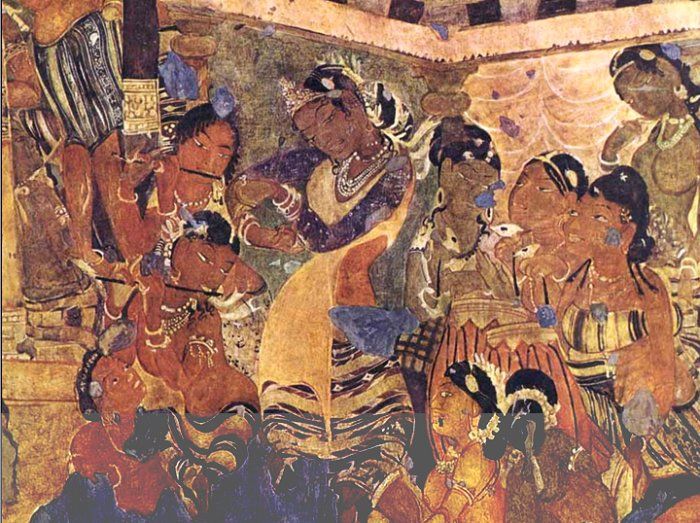 An Ajanta Cave Painting made using Lapis Lazuli at Western India at around 5th century CE. 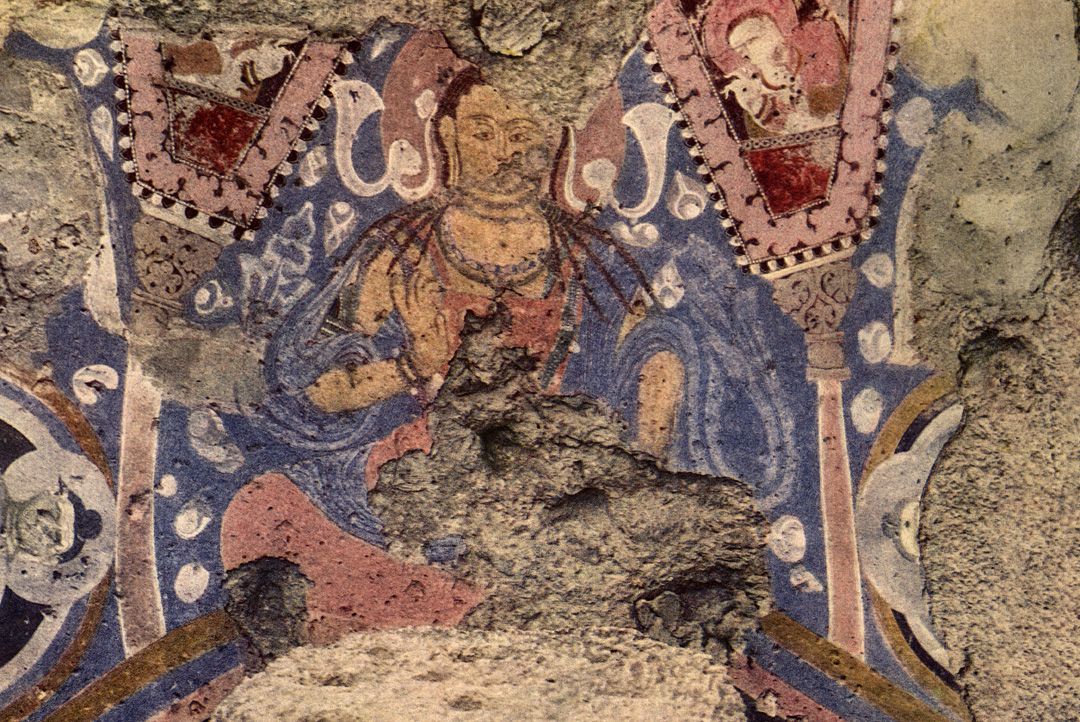 It was around the 5th century CE that the pigment made from crushing Lapis Lazuli was perfected and used cosmetically and in paintings. For a prolonged period, the pigment was exclusive to the Indian subcontinent, however, as trade flourished, after a good 700 years the pigment derived from Lapis Lazuli finally travelled to Venice. It did not take long for the pigment to become artists’ dream and women’s desire in Europe thereafter.

It is said to be at that point of time that the pigment produced from Lapis Lazuli came to be called “ultramarine” which comes from the Latin “‘ultramarinus”, which literally meant ‘beyond the sea”, in respect to the exquisite color and a play on the fact that it travelled from the mines of Badakhshan to Venice by sea .

Although ultramarine had been used by the Mughals in sculptures and other decorative objects for some time then, it was in Renaissance Italy that the pigment got the significance that it deserved. 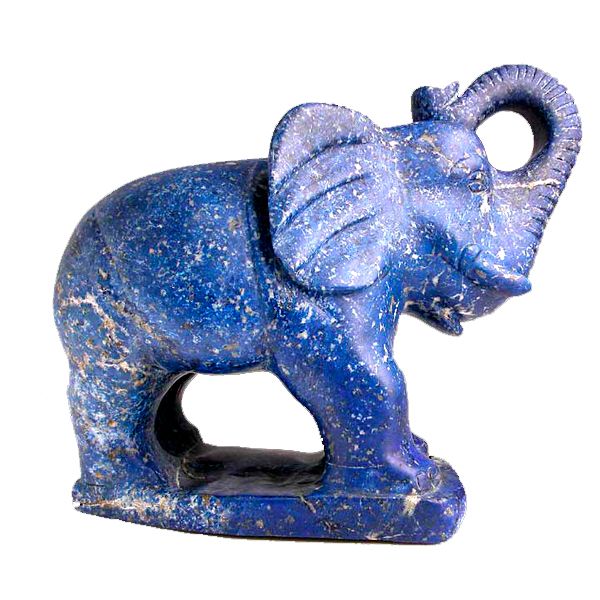 Ultramarine was used by some of the Renaissance and Baroque’s most prominent artists, including Masaccio, Perugino, Titian, and Vermeer, and was frequently reserved for the clothes of the principal figures in their paintings, particularly the Virgin Mary. Ultramarine has also been found in the dental tartar of medieval nuns and scribes. 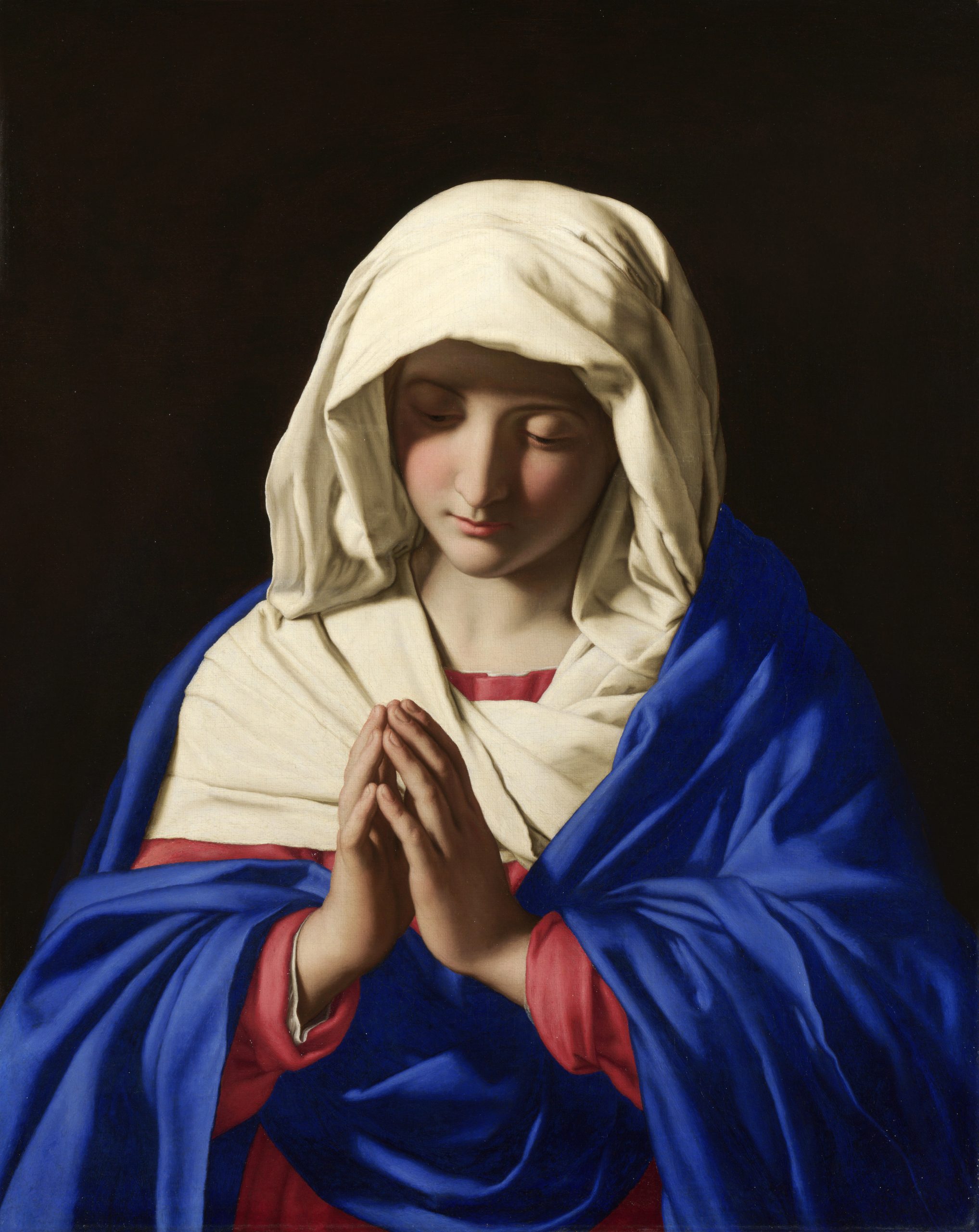 A painting of Virgin Mary titled, ‘THE VIRGIN IN PRAYER” made by the artist SASSOFERRATO at around 1640–50. 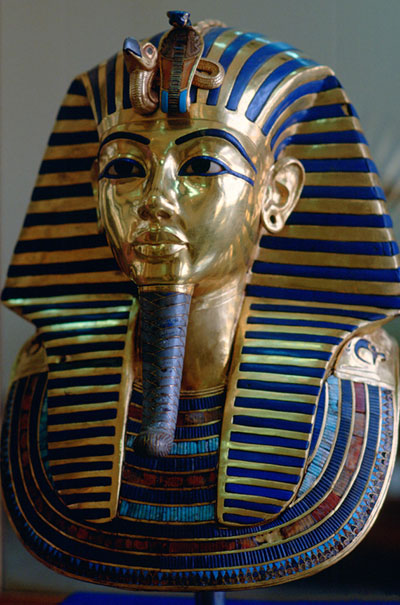 Tutankhamun’s funeral mask is a beautiful example of the use of Lapis Lazuli and the level of its exquisiteness. 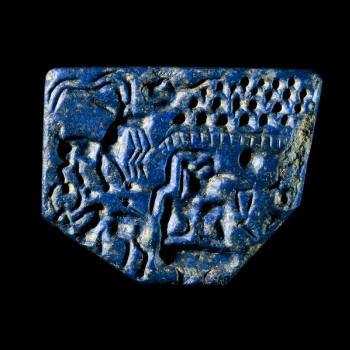 Lapis was also used in ancient Mesopotamia by the Akkadians, Assyrians, and Babylonians for seals and jewelry. It is mentioned several times in the Mesopotamian poem, the Epic of Gilgamesh, one of the oldest known works of literature.

Ancient Mesopotamians used Lapis to adorn temples and create jewelry and seals. The Egyptians believed that the stone had a spiritual aura, and Lapis Lazuli, carved in the shape of an eye and set in gold, as an amulet of inestimable power, was recognized by The Egyptian Book of the Dead.

Legend has it that Cleopatra wore powdered Lapis Lazuli as eyeshadow. The Egyptians attempted to manufacture a pigment from the stone but were unsuccessful, and all of their efforts resulted in a dull grey color. 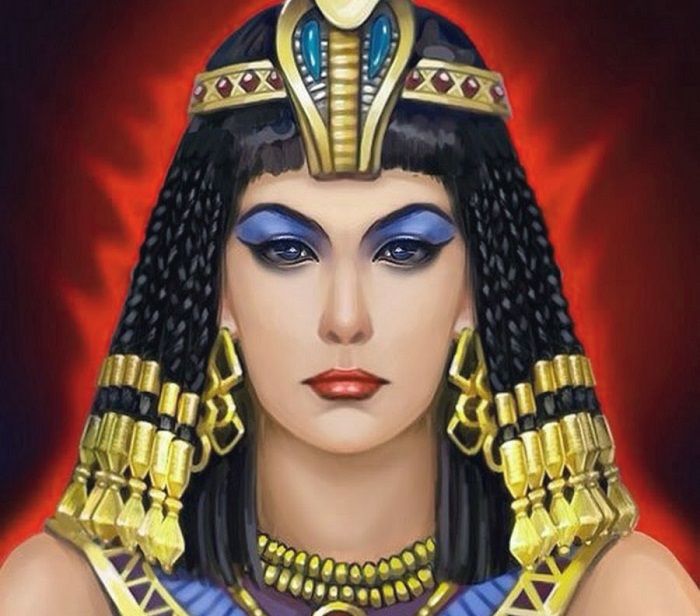 A depiction of cosmetic use Lapis Lazuli pigment by Cleopatra as an eye shadow.

Ultramarine was so revered by artists and craftsmen and was so irreplaceable that in 1824, the Societé d’Encouragement of France offered a reward of 6,000 francs to anyone who could develop a synthetic alternative to ultramarine. There was a fierce contest between Jean Baptiste Guimet, a French chemist, and Christian Cmelin, a German professor. The prize finally went to Guimet for the artificial blue he created which came to be known as French ultramarine. Much cheaper and easier to produce, this synthetic ultramarine was used widely by artists due to its easy availability It can be seen in the works of Impressionist artists like the 19th century French artist Renoir. 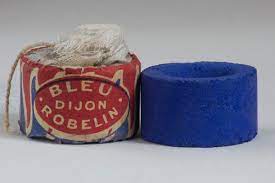 A pack of French Ultramarine or as its called in France, Bleu Guimet, developed by Jean-Baptiste Guimet as an alternative to Lapis Lazuli’s pigment due to its exorbitant price.

The fame and demand of Lapis Lazuli preceded its origin at Badakhshan with a growing fascination for it as far as Russia where the legendary jeweller of the Tsars, Faberge, had been taking a keen interest in Lapis Lazuli. Out of the 50 imperial eggs he created, one of the most special eggs is said to be the Tsarevich Egg. While most of the eggs are made out of gold or diamonds, the shell of the Tsarevich Egg is made entirely out of Lapis Lazuli with gold lacework all over it. 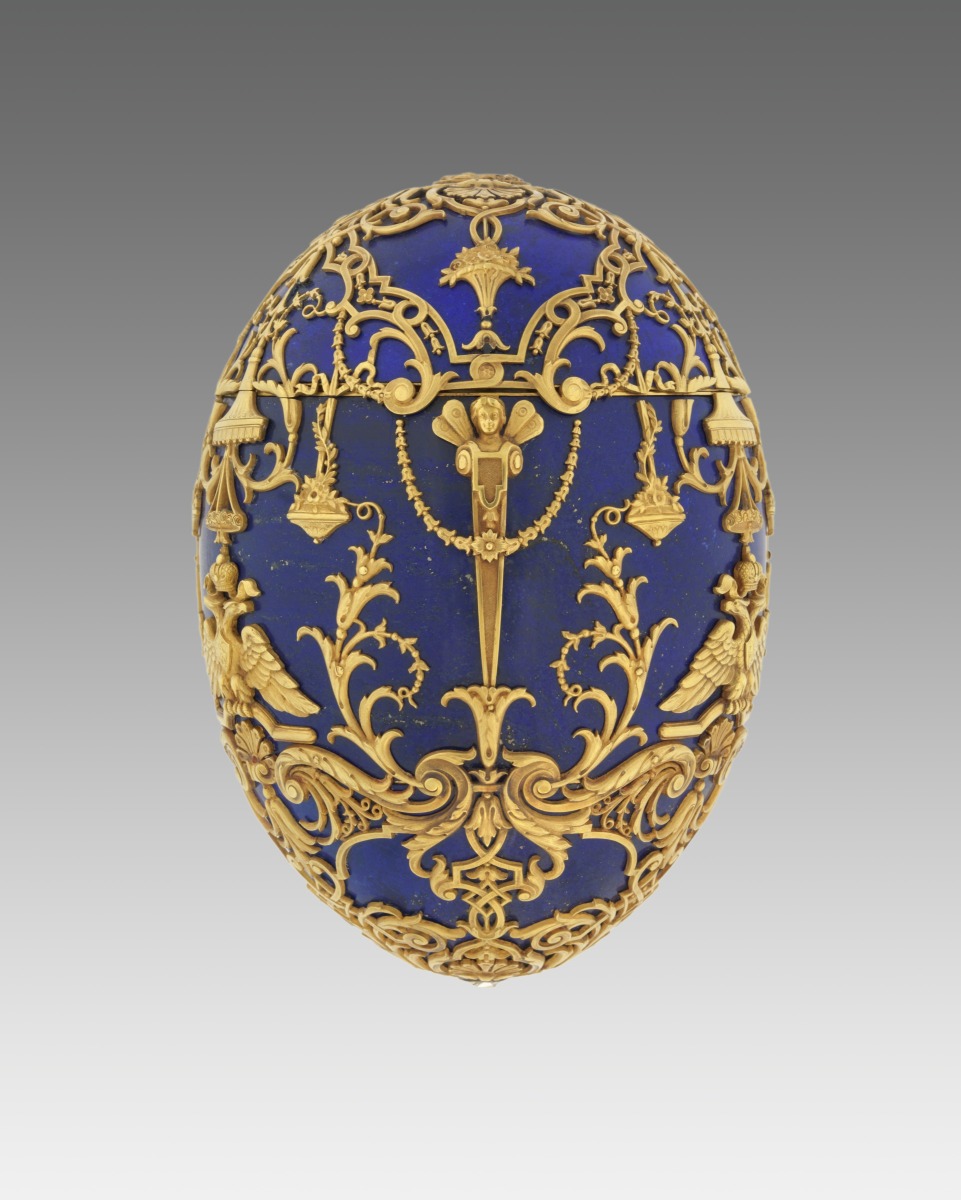 The Tsarevich Egg was created in 1912 for Empress Alexandra Fyodorovna as a tribute by Peter Carl Fabergé to her son, the Tsarevich Alexei and is a classic example of a Lapis Lazuli artefact.

Lapis Lazuli has etched its name in the halls of history as a favorite of all classes of people, be it royalty or artists, in all its forms. Its value and significance in the past still lives on today and proof of that can be found in the funeral mask of the likes of Tutankhamen, multiple artefacts made out of Lapis Lazuli found in the Royal Tombs of the Sumerian city-state of Ur from the 3rd Millennium BCE and the relief carvings of Thutmose III which show fragments and barrel-shaped pieces of lapis lazuli being delivered to him as tribute. 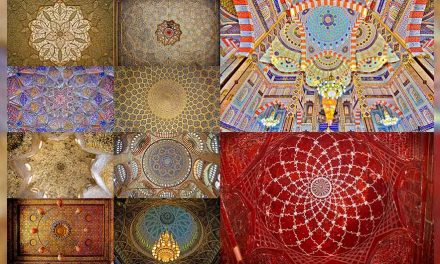 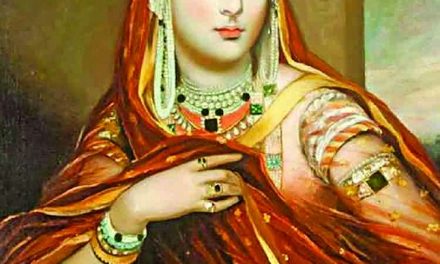 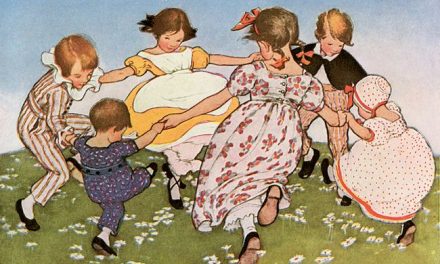